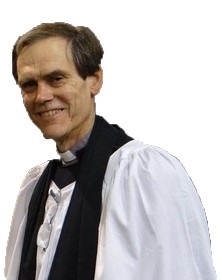 I initially trained and worked as a doctor, practising in a wide variety of settings. I trained for ordination in Bristol, and then served in Norwich diocese for 20 years as Parish Priest and, for some of that time, as Rural Dean. I moved to Launceston with Christine, my wife. in 2019. We have four, adult children who are spread across southern England. We have had two periods of service abroad, both with the Church Mission Society. Our aim is to serve in Christ's name wherever God leads us. 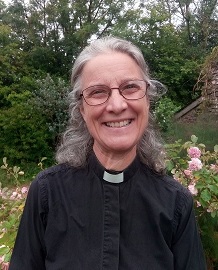 An ex-sheep farmer from Virginstow, I began in Launceston as a priest in 2018. I love the town, the folk, and of course the breath-taking views. My legs are learning to enjoy the hills. My passion is sharing my faith with those who do not know Jesus: both inside and outside of church buildings. Married to Chris, we continue to farm mainly sheep with help from our daughters and son. Whoever you are reading this, I hope we meet one day. God bless you! 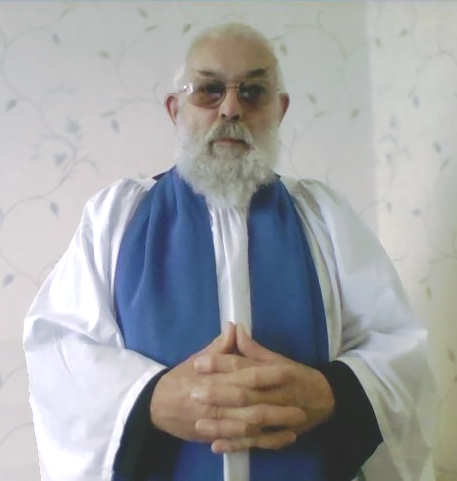 James trained locally through South West Ministry Training Course as a Reader and was licensed in 2019 in Truro Cathedral. James is based primarily in St Stephen’s Church where he is a member of the church council and cares for the maintenance of the church buildings and grounds.

James’ ministry as a Reader extends across the deanery. He enjoys taking a range of services among the many rural churches as well as supporting the united parish of Launceston. He particularly enjoys leading sung Matins or Evensong. If your church has yet to meet James, please do request his presence and he will be delighted to oblige. 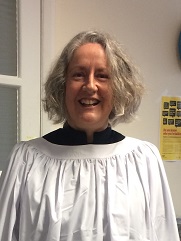 I have worked and lived in Launceston for thirty years, having grown up in suburban London then moved to Cornwall in the 1980s and trained as a solicitor in Plymouth. I was a member of the congregation of St Mary Magdalene for many years, and involved in the life of the church and the parish in a variety of lay roles. I trained on the South West Ministry Training Course and was - when Covid permitted - ordained Deacon in September 2020.

I will serve my curacy in Launceston Parish and Boyton Benefice, usually alternate weekends, and will continue my practice as a solicitor and partner in a local law firm. I feel incredibly privileged that my ministry has a focus in the workplace, in addition to my responsibilities in parish life. 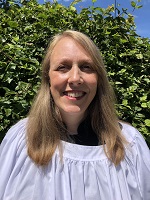 I moved to Launceston in June 2020 from Callington to take up my post as a curate. Having completed two years of training in theology, mission and ministry with St Mellitus College SW, I am excited to join the team here. I look forward to getting to know the community both within and outside of the church and to share my love of Jesus. I am married to Andrew and we have four daughters. 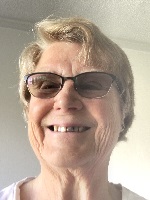 I was born and brought up in Reading and trained for teaching after my two children had started school. In 1989, I moved to Cornwall to take up my first headteacher post at Werrington School. Later, as headteacher of Meavy School in Devon, I lived in Tavistock for a while before moving back to Launceston.

Throughout my adult life, my faith has been important to me and I have been lucky that through my work and leisure activities (I was a Cub Scout Leader for many years), I have been able to share that faith with others. At various points, I have felt an overwhelming feeling that God wanted me to do more but mostly, I’ve fought against it. However by 2004, I could resist no longer and started to explore my vocation. Initially, I was terrified by the thought that my vocation might be to an ordained ministry but, if God calls, he will support. I started training with South West Ministry Training Course in 2006 and was ordained deacon in 2009 and priest in 2010. I served my curacy in Launceston Parish and was then licensed as Team Vicar until I hit the C of E magic retirement age when, ceasing to be licensed, was granted Permission to Officiate. I then moved away to serve on a House for Duty basis in Abingdon for three years before returning to my beloved adopted county in September 2019.

I am passionate about the Church’s ministry to people living with dementia and have served on the Churches Together in Cornwall Dementia Action Group as well as being a volunteer with the Launceston Memory Cafe.

If you are a young person and you feel unhappy about something happening to you, you can call Childline for help and support on 0800 11 11

This site uses cookies so we don't show your browser the same dialog box twice. By continuing to use this site, we assume you agree with our Cookie Policy.